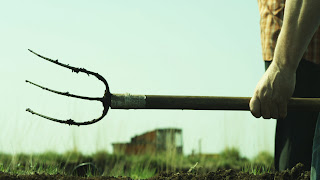 In the last month or so there has been a flurry of activity. First, I was delighted to programme the IFI Dublin Documentary Festival, Stranger Than Fiction, which was opened by the sensational THE IMPOSTER. Director Bart Layton joined for a post film Q&A and he turned out to be a very sound man - staying until late as audience-members quizzed him about the film well into the night.

At the same time, BYE BYE NOW has had a bit of a revival and had its Irish television premiere on RTE. A week later it was selected to represent Ireland at the EU Film Festival in China where one film from each EU film will be screened.

With all of the interest, we decided to put BYE BYE NOW up on YouTube:

SAVIOURS - a blast from the past - has been invited to screen at a film festival in Madison, USA and BLIND MAN WALKING might also be going stateside with a screening in New York for an event Mark Pollock, the film's star man, will be speaking at.

We've been busy this week working on the next film. The story of how Muhammad Ali came to fight in Ireland. The idea is to get it done for broadcast before Christmas. Wish us luck!


Posted by rosswhitaker.tv at 11:05 AM No comments: