THE POWER OF THE PROMO

I was on a panel recently at the Jameson Dublin International Film Festival (JDIFF) on which we were talking about how to succeed in the world of documentary making. 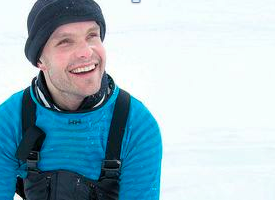 It was amazingly well attended and when the gathered crowd was asked to raise their hands if they had made a documentary, most people raised their hand. It was great to see so many people were out and about making stuff. The next question was something like, ‘how many of you have been funded to make your documentaries?’ and in response to that I think there was just one hand raised.

I always feel a little bit weird about doing talks and I wouldn’t be surprised if the other serial doc-makers on the panel – James Kelly and Paul Duane – feel the same way. Just because I’ve made a film or two certainly doesn’t make me feel that I’ve made it, or that I’m in any way guaranteed a career in this area. Getting documentaries funded is really tough and while it gets a little easier when you develop a track record and a few connections, it’s still tough. For every commission I’ve received, I’m sure I’ve been turned down at least five times, so I don’t have any magic formula or easy answers.

One thing that I feel that I’ve learned in recent times is the importance of making a good first impression. It might sound obvious – and it is – BUT I still get it wrong regularly and I see others making the same mistake…

The first impression I’m talking about is the first time that you tell potential funders about your project or show them a proposal or play them a bit of footage. Increasingly, showing footage is the done thing and a strong ‘promo’ or ‘sizzle-reel’ (terminology I’m only getting to know myself) can make a lasting impression and increase greatly the odds of getting funding or building a relationship. Conversely, and almost more importantly, a bad promo can be very detrimental to your hopes. If you’re sitting in front of RTE or the Irish Film Board or BBC or Channel 4 you really want to be giving it your best shot and if your project isn’t ready to show then don’t do it!! If they don’t like it the first time why would they watch it again? They are managing large sums of funding and the competition for their time and money is immense, so you have to make every second of every meeting count.

There are two things that I immediately think to add to this.

Firstly, be ambitious with your promo. Find ways of making it look great and really sing. Keep it short and leave the viewer wanting more. Load the top of it with wonderful things. If your key moment is 20-minutes into your promo then the chances are it will never be seen. I know that you probably have little or no funding at the promo stage of your production, and the funders probably understand that too, but it’s hard for them to make the leap to imagining the HD, cinematic, gripping film that your project could become if your promo looks ropey.

Secondly, something that is important to consider from the start is insurance. Many insurers won’t cover you if you’ve commence filming already and funders require insurance, so it’s an easy way to shoot yourself in the foot at the beginning. It’s often not too expensive and it’s better to have from the start.

All of the above leads me to another point. Try to build up a small development budget for yourself. If possible put some money aside to help you pay for insurance or to hire a good cinematographer and camera for that key day of shooting. If it’s an interview-based film and you’ve five key interviewees for your promo, could you rent a nice space for a day too and make everything look amazing? It could be an outlay of a grand but it might help you to get 100 grand down the line. It’s something worth thinking about. I worked a three-day week in a travel agent while I was making my first two films and it meant I could survive and do what I wanted to do at the same time.

Final point in this, that I think is related, is completion funding. If you haven’t got funding at the beginning of your project but you’ve decided to go ahead with it anyway then this is something to consider. (Completion funding has been a big part of my career as it helped me to make SAVIOURS and BLIND MAN WALKING). You might feel you have something really special in the can. You might not have got funding at the outset but hopefully you made a good impression with your promo and you shouldn’t be afraid to go back to funders before your edit. Acquisitions of completed films are probably in the region of 5k generally so better to try to get 20-40k to help you finish the film and do a good job in the edit. At this point you’re going to need a rough cut. Again, my advice is to be ambitious. Get together a few quid and a few favours to cut a brilliant 20-minute version of the film. At this stage, you’re most likely exhausted, you’re sick of working for peanuts BUT this could be the way to get some real money to finish your film to the highest possible level. And if you do a great job, it might line you up to get your next project funded from the start.
Posted by rosswhitaker.tv at 8:28 AM 1 comment: 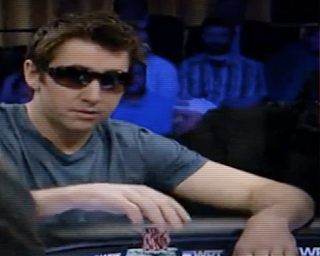 The documentary THE GAMBLER that I directed for Motive Television and was funded by BAI will be screened this tonight on Setanta Ireland (Freeview) at 10pm!!

I really enjoyed making this one – we followed a great character John O’Shea who gave us total access to his life and thoughts as he punted thousands of euros on sports events and played poker at the Irish Open, European Final in Monte Carlo and World Series of Poker in Las Vegas.

Here’s a blurb and trailer:

There were a couple of things I learned from making this one.

After one day of filming I realised there was a problem! It’s extremely hard to film poker with one camera when the game is in play. For hours, nothing might happen to your protagonist and then, suddenly, there would be a huge hand where he would win or lose loads of his chips. To capture these moments you need a lot of patience and more than one camera. In some of the poker documentaries I had seen, they simply hadn’t bothered but I thought it was important drama and I wanted to capture it.

To film it properly you have to have an idea of what your protagonist is up to, what his opponent is doing and then also be able to see what the dealer is doing. It’s pretty complex.

Believing, as I do, that an important part of documentary storytelling is capturing key moments of drama, I wanted to capture these big hands that John was playing. It meant having two cameras beside the table, sometimes standing for hours on end but poised to quickly start filming if John got involved in a hand. We would then film him and his opponent and try to get a sense of what the dealer was doing too.

To add to this we tried to build even more around the key hands by filming additional elements later. So, having taken note of the cards that were played, we reshot close ups of players looking at their hands and of the cards hitting the table as if dealt by the dealer. And of the players revealing their hands to decide who won. These were extreme close-ups so that they would be different enough from the footage and would, therefore (hopefully) cut well with the footage as a result. I think it worked, mostly thanks to having a really good editor who found a stylistic approach that suited.

We also did interviews with John to recap what happened in the hands and encouraged him to speak in a sort of past continuous style. We wanted him to tell us the story of each hand gradually, just giving us the facts of the hand as they unfolded. It meant we could build the story of the hand without getting ahead of ourselves. As the final card was turned we would cut back to the live action to see John’s real reaction and that would jolt us back into the present. In many cases he was losing big money, so there was drama in that.

It definitely cemented in me the idea that it’s important to work really hard and long sometimes to just capture little moments. They’re worth it!

Overall we wanted to make a non-judgmental film in which John told his own story. We followed the action and tried to capture the real drama of winning and losing major sums of money. One thing that was important was to always capture the beginning of a bet so that we would later be able to have the pay-off. Sometimes small moments lead to much bigger moments.

As John progressed through his year of gambling we followed him and by piling each scene on top of the last we built a sense of a poker player’s career unraveling. There was no need for VO or a third party voice. Seeing it happen was enough to tell the story.

In the end, I feel it made a pretty compelling documentary. I hope people enjoy it!
Posted by rosswhitaker.tv at 3:56 AM 8 comments: