WHEN ALI CAME TO IRELAND - what happened next? 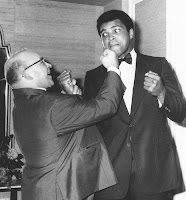 It’s not much more than six months since WHEN ALI CAME TO IRELAND first previewed in the IFI and then screened on RTE One but so much good stuff has happened since then. This film was such a pleasure to make and the reaction of people to the screenings has been phenomenal. It’s a bit of a cliché but we really do feel lucky to have made it.

First, the reviews were pretty good, which was a huge relief.

“The work to piece the story together is visible in every frame.”
SUNDAY TIMES

“An excellent documentary… the cast of characters is rich and deep.”
IRISH TIMES

Then the next thing that happened was that we were completely shocked to win an IFTA!

Then the most mind blowing thing happened when we had a small screening of the film in Chicago.

Jamilah Ali, daughter of the great man himself, came along to the film. I was actually really worried that she wouldn’t like it or would feel that there was something in the film that misrepresented her father. After the screening, she took the microphone and paused before saying anything. 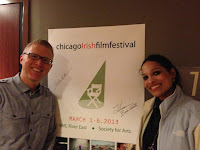 “I just want to say…” Pause (Ross is really worried now). “… I loved this film from the beginning to the end.”

She went on to say, “I’ve seen so much footage of my father over the years but the amazing thing about watching this film was that I had seen NONE of the footage of him in Ireland.”

We hadn’t really thought that it would have that impact, so that was pretty fascinating. She then asked if she could have a copy because she would “love to show it to my father.” Hopefully some day we’ll find out that he liked it too.

The next amazing thing to happen was that we had a screening at the Archive Festival in London and having met a member of Ali’s family, we tried to put the word out to Butty Sugrue’s family that there would be a screening happening. When the film ended, two young women came up to us and introduced themselves as Butty’s granddaughters.

They said they really enjoyed the film and told us an amazing thing, which we hadn’t really thought about… It was the first time they had ever hear their grandfather speak! They were really thankful to have heard his voice.

Next up is a repeat screening on RTE One tonight at 22:05 and we hope the film goes down well again. Here’s the trailer in case you’d like to see what’s in store:

And in October, the film will screen for the first time in New York City. We’re really hoping to get to go to that one!! 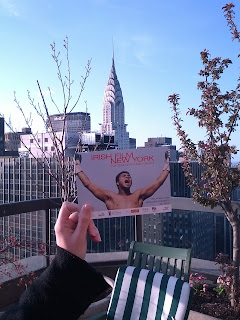